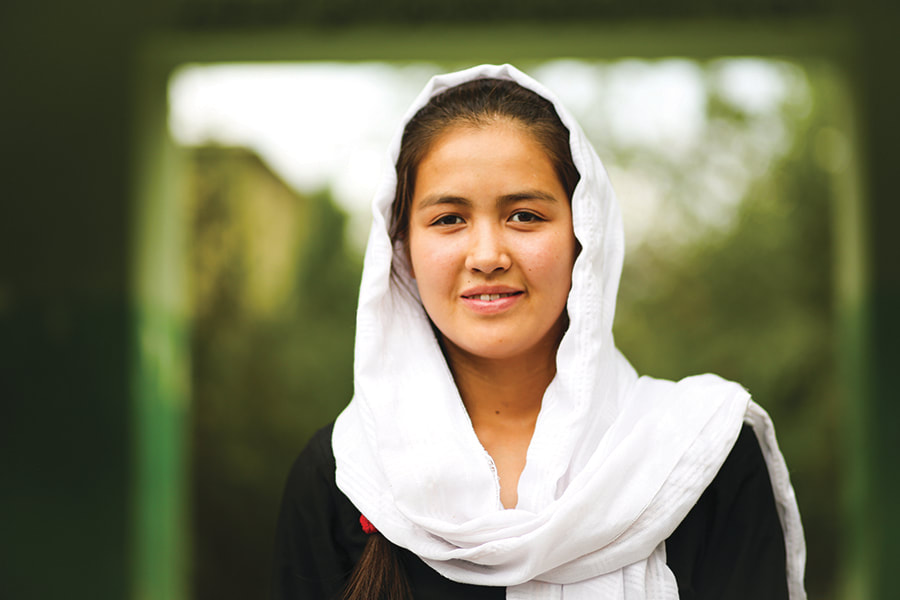 I am a new woman.

I seek, I strive each day to be that truly new woman I want to be.

In truth, that eternally new being is the sun.

The new woman today seeks neither beauty nor virtue.

She is simply crying out for strength, the strength to create this
still unknown kingdom ...

Amidst one of the worst summers for civilian casualties in Afghanistan’s history (2019), Elena Gallina flew to Kabul to photograph and interview dozens of women about the role beauty plays in their lives: is it a strength or weakness, a source of power or a means of exploitation?

‘’I chose to photograph and speak to Afghan women because they, far too often in the last two decades, have been tokenized, victimized, and painted in only one light by the international community. Yes, they are on the frontlines. But they are neither victims nor heroes, they are simply women like all the rest, crying out to create a new kingdom.’’ – Gallina

The exhibition, unstaged portraits and ponderings, invites viewers to suspend prior conceptions of “women in war zones” and enter into a complicated, universally applicable, conversation about the dualities of beauty.

Elena has been researching violence against women for many years. Having grown up in Kosovo in the aftermath of the genocide and worked in refugee camps across the Middle East since she was 17, her understanding of the complications of beauty and exploitation are deeply personal. Motivated by her own experience and those who have inspired her, her photography captures the double standards put upon women and elevates the nuances of their experience. She is currently a Rhodes Scholar at Oxford.