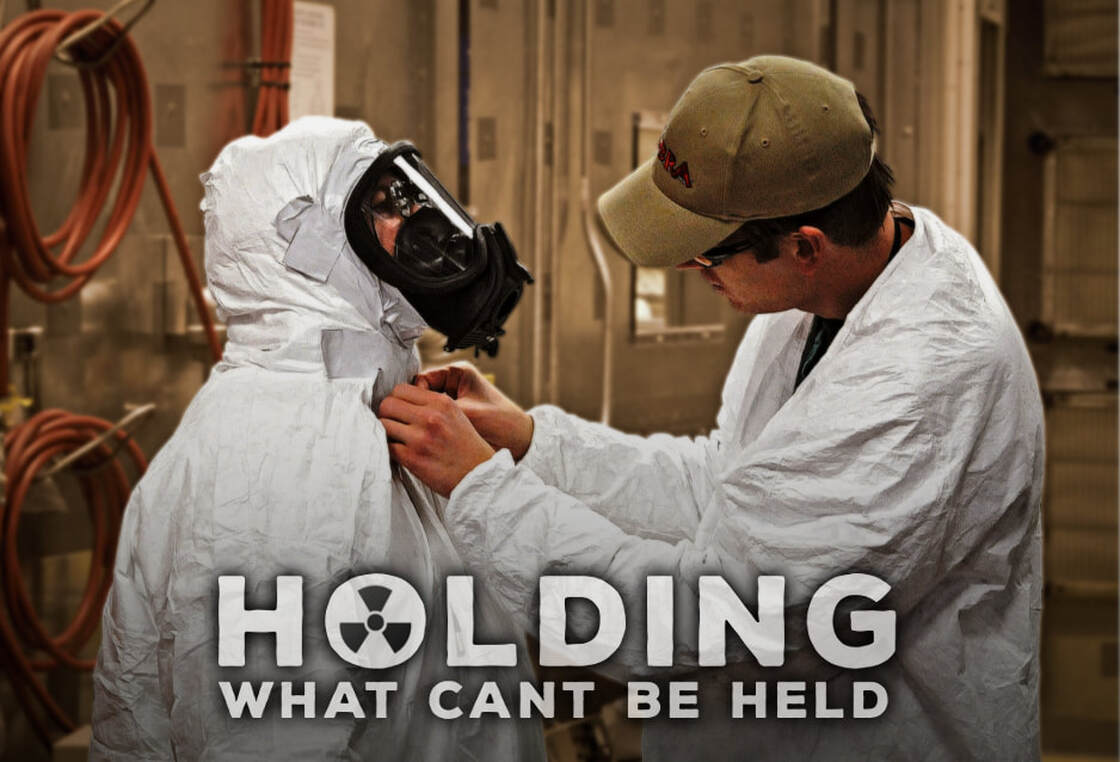 In 2017, with the help of nuclear watchdog group the Snake River Alliance, ten local and international artists toured the radioactive ‘clean-up’ sites at the Idaho National Laboratory (INL). They watched the exhumation of plutonium contaminated waste that was buried sixty years ago in unlined pits directly above the Snake River Aquifer, the sole source of drinking water for 300,000 Idahoans. Now, after one year of processing, the artists are presenting their work: a continuing chronicle of the nuclear age and its impossible conundrums, such as how to deal with substances whose radioactivity will outlast any container that we could make to hold it.

This year’s works cover a broad range of disciplines from performance art to installation, to video, to painting, to ceramic sculpture to the creation of a hand-printed, hand-drawn booklet. The artists met up during the year to process their experiences communally, but the works reflect the varying backgrounds and concerns of the artists. For instance, Berlin-based artist Marc Herbst has drawn from anthropological records and government docments to create a booklet that surveys Idahoan’s historical perspectives on sickness, death and living with the earth. Kate Walker, from the Boise State University Art Department, taps into the impulse to strive for a utopian future. She modeled her “Cloudship” after the EBR1, a nuclear powered airplane engine that was tested at the INL in the 1950’s but never made it off the ground. Instead of speaking directly to the issue of nuclear waste, the artists reflect the resonances to arrive at a body of work that is both dark and humorous; contemplative and surprising. Rachel Reichert and Karl LeClair, along with artist and choreographer Amy O’Brien will perform a ritualized version of paper-making based on a procedural text for dealing with accidents involving nuclear waste. William Lewis, Boise-based painter, investigates parallels between the studio and the laboratory in a painting entitled, “Research.”