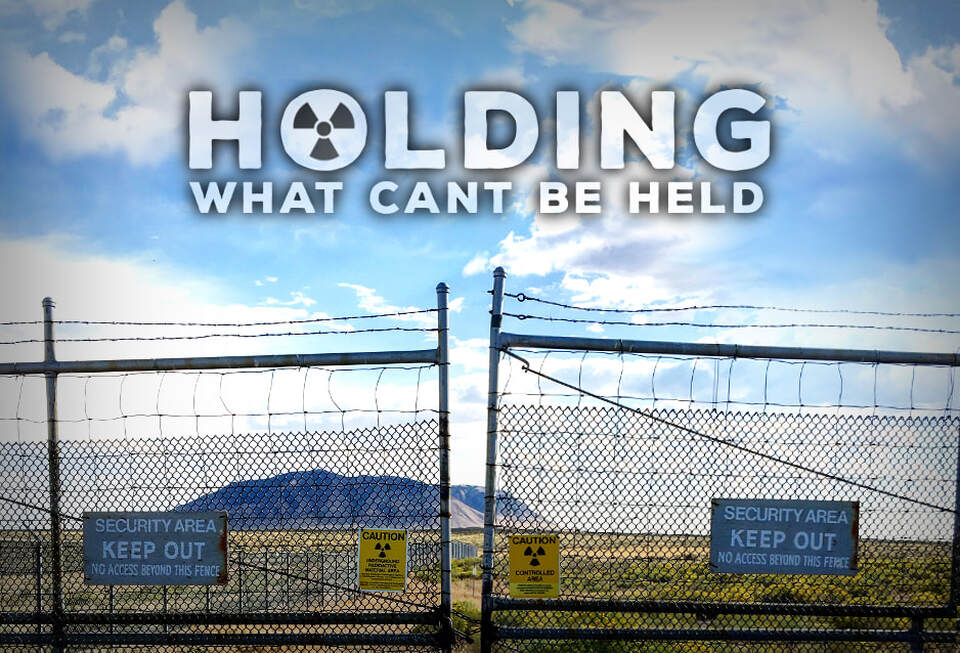 In 2018, a group artists toured the radioactive ‘clean-up’ sites at the Idaho National Laboratory (INL) along with the nuclear watchdog group, the Snake River Alliance. Since 1989 when the site was added to the Superfund list of the country's most polluted places 'clean up' efforts at the site have  costed taxpayers over 9 billion dollars and could continue until the year 2050. Among other things, the artists watched the exhumation of plutonium contaminated waste that was buried in unlined pits directly above the Snake River Aquifer, sole source of drinking water for 300,000 Idahoans. The experience was unforgettable and yet profoundly difficult to put into words. Now, after a year of processing, the artists are presenting their work: a continuing chronicle of the nuclear age and its impossible conundrums.

This year’s works cover a broad range of disciplines from photography to painting to performance art to installation to video. The artists met up during the year to process their experiences communally, but the works reflect the varying backgrounds and concerns of the artists. Berlin based artist Irina Novarese poured through archival material to create a video essay that focuses on the expectations present when for about an hour the town of Arco ID became the first community to be lit by nuclear energy. Eli Craven used found photographs from the Idaho Public Television archives to create a series of image-based objects that explore the INL's restrictive photography and media policies while also eliciting a desire to see into what is hidden. Artists Jonathan Sadler and Luke Batten of New Catalogue used photography to explore the race track at Atomic City - a focal point for that community nearest to the radioactive clean up sites at the INL.