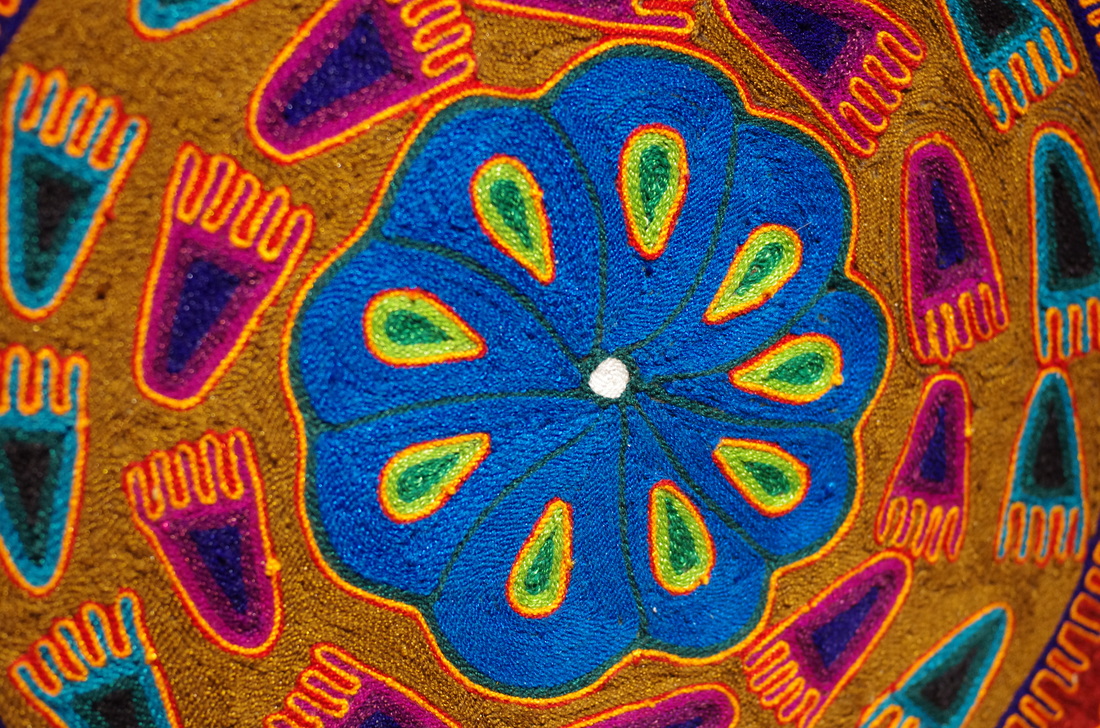 In the Huicholes: People Walking in the Search of Sunrise exhibition we learn about the three worlds of the Huichol universe through yarn paintings done with colorful fibers on boards covered in beeswax or pine sap by the mara’akame (shaman) José Benítez Sánchez (1938-2009), whose indigenous name means the silent walker.

One of the most famous Huichol artists, Benítez Sánchez was perhaps the last in a generation of shamans who devoted their lives to the wisdom of initiation and artistic creation. His body of artistic work is both aesthetic and suggestive, inviting us to contemplate it in awe.

The Huichol live in western Mexico in an area that is difficult to access for those who are not used to walking long distances through the mountains. They are also called the Wixaritari, and are well known for the vibrant beauty of their ritualistic art, their refined embroideries and weavings, and their rich mythology. The Huichol practice their ancestors’ beliefs, structuring their community life and rituals around them.

The Huichol believe that the universe has been divided into three worlds, which are found in both their mythology and in their local geography: the ocean to the west, where life begins; the mountains, where the activities of everyday life take place, and the Desert of Dawn to the east, where the Huichols perform a pilgrimage in search of illumination.

For over twenty-five years, the magazine Artes de México, owner of the collection,  has been dedicated to the most fascinating expressions in Mexican art, among them work created by indigenous peoples.