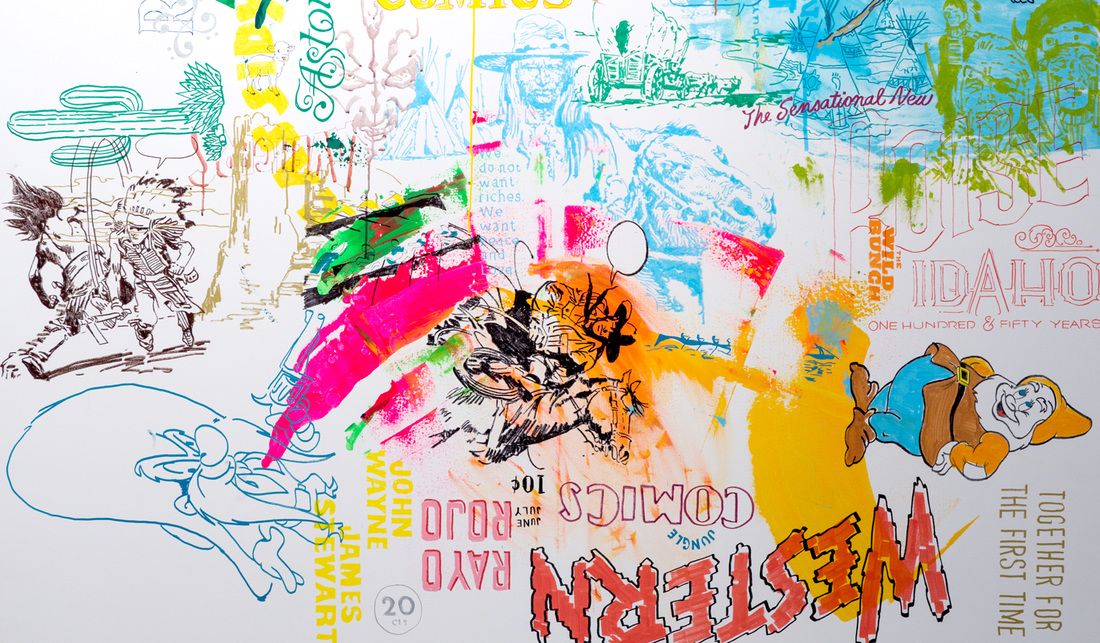 Having grown up in Euskal Herria (Basque Country), Judas Arrieta understood Boise as a legendary place forged by pioneers. He was told stories of shepherds and lonely farmers who roamed boundless green meadows, climbed huge cliffs and crossed wild mountains. As Arrieta blatantly puts it, ''For any self-respecting Basque, Boise, Idaho, is a place of history and encounter, an almost mythical place, a kind of Basque Atlantis that you need to visit before you die.'' Not only was Arrieta told stories and the history of this `fantastic’ land, he saw imagery depicting ‘The West’ in comic books shown to him by his father.

Judas Arrieta considers himself to be a Ronin, or a ''master-less samurai.'' In his work, one will find logical influences of the great classical painters and artists, but there is also a clear influence of cartoonists, manga comics, cartoon filmmakers, designers, poets and writers, television icons, movie heroes, and video game characters. His work attempts to reflect or represent the vital and aesthetic experiences of a generation that has grown up exposed to significant social, economic and cultural changes, and new ways to ``enjoy and suffer daily’’ through television, movies, and video games.

Arrieta struck gold when he coined Boiseland as the title for his solo exhibition. The term, not having previously existed, acts as uncharted territory for the artist to pioneer. Boiseland takes the viewer on a journey to a parallel reality, creating an alternative representation of Boise where legends ''live together'' with the mix of experiences Arrieta encountered during his residency. It is a place where memories, stereotypes, popular culture, and history collide. Through his use of found imagery, Arrieta raises questions about the (mis)representation of cultures, and how those representations `travel’ from one part of the world to another.